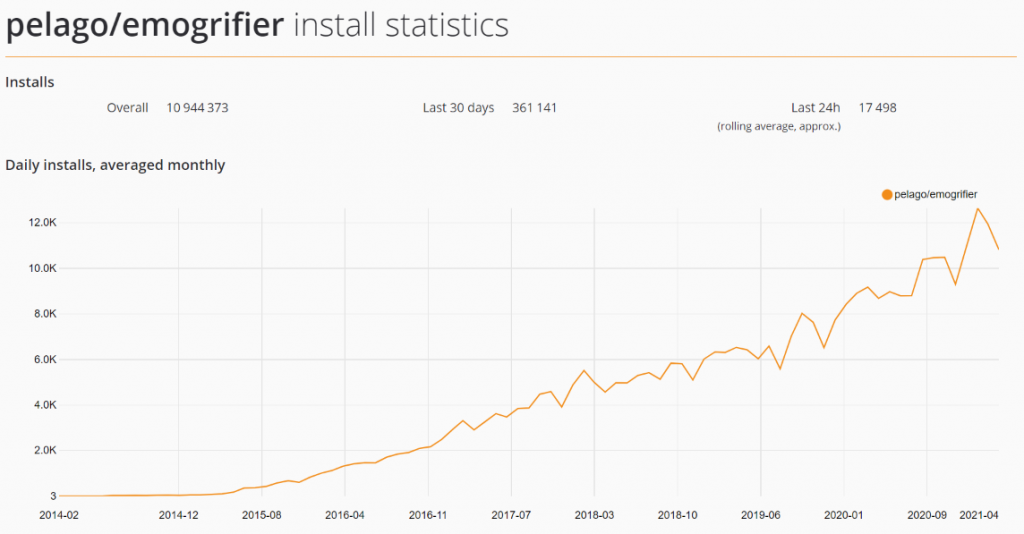 We’re excited to share that the Emogrifer has been downloaded over 10 million times!

When we first built Intervals 15 years ago we had to develop several of its components from scratch. The frameworks, libraries, and packages that exist today simply didn’t back then. One such component we developed was a code library that created HTML documents that could be displayed correctly across different email clients.

This code library would later become known as the Emogrifier, a utility that converts CSS styles into inline style attributes in your HTML documents. This ensures proper display on email and mobile device readers that lack stylesheet support.

Because we’ve benefited from open source, we wanted to make a contribution back to the community. So, shortly after we put the Emogrifier into production we also decided to make it publicly available as an open source project. If you’ve ever used CakePHP, Drupal, Laravel, or Magento, you’ve probably used the Emogrifier without even realizing it.

Today, the Emogrifier code base is hosted on GitHub where it is currently being improved and maintained by a dedicated team of contributors: Oliver Klee, JakeQZ, and Zoli Szabó.

For more information on using Emogrifier on your next project, visit its GitHub project page.