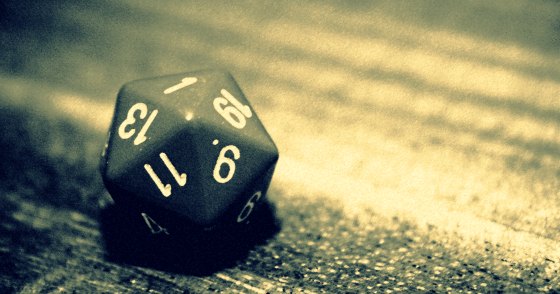 The role playing realms of Dungeons and Dragons, and its infinite number of analog and digital spin-offs, all played an influential part in my becoming an entrepreneur and co-founder of Intervals. The obvious conclusion is that Dungeons and Dragons stretched my imagination to consider all possibilities, regardless of how outrageous or impossibly fantastic they might seem. While that is true, a limitless imagination will only take you so far in a startup.

Dungeons and Dragons was a game of strategy. Its fantasy worlds were subject to rules and laws of their own, limitations to make the experience more realistic. Role playing within the confines of these limitations is what really taught me how to run a startup. Because if there is anything I have learned as an entrepreneur, it is that your success will depend on your resourcefulness in the face of limitations. 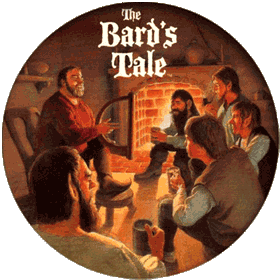 My favorite incarnation of the Dungeons and Dragons genre was a computer game published in 1985 called The Bard’s Tale that I played on the family’s Apple IIe computer. The game allowed you a party of six characters whom you would take through towns, catacombs, and castles battling monsters and collecting treasure. My ten-year-old self didn’t realize it at the time, but playing the game was giving me an experience that would later inform my 30-something self in running a startup. The struggles I encounter running a startup typically hearken back to one or more of the same three lessons I learned during my countless hours of playing The Bard’s Tale.

Lesson One:
You have to spend your share of time in the dungeons

When you first start playing The Bard’s Tale your characters do not have any experience and can only fight weaker monsters and take on smaller quests. So you start out doing dungeon crawls through the cellars and catacombs below the city, fighting any monsters you come across to collect experience and treasure. The stronger and more experienced you become, the larger the challenges you can take on.

There are very few overnight successes in the startup world. You aren’t going to be one of them. Building a successful startup takes time. A lot of time. We all have to work our way up from somewhere. It’s the experience we gain along the way that forges our abilities to run a startup. The battles we faced in the past may seem trivial now, but they weren’t at the time.

Just like in the game,  the challenges never get much easier. What does change is our ability to take on more difficult challenges. What others might dismiss as impossible, we are willing to risk, because we’ve successfully overcome similar challenges already.

Lesson Two:
You need the right blend of characters on your team

The Bard’s tale allowed you to have six characters in your party, but only three of them could engage in hand-to-hand combat. This left you with three characters that might have been useless, if it wasn’t for the fact they they could still use magic spells. I had three fighters, two spell casters, and one character in reserves.

Each character had different qualities that made them unique and essential to the team. And while the fighters in the front demanded the most attention, the magic users were indispensable due to their abilities to heal, protect, and illuminate the path ahead for the entire party.

Bonus lesson: There were no ninjas in The Bard’s Tale. There shouldn’t be any on your startup team, either.

Lesson Three:
Sometimes it takes a few tries to complete a quest

Each level of The Bard’s Tale, from the deepest catacombs to the highest castle towers, contained a quest that had to be completed before moving on to the next level. Sometimes it took a few attempts to pass a quest. Inevitably, you would fail to acquire a key, a trap would catch you unawares, or the monster at the end would best you. You would fail, learn what you did wrong, and try again, until you completed the quest. In fact, the earliest quests were the most difficult because I lacked the patience and experience necessary to overcome failure.

When you are running a startup, the odds are against you. Failure is almost certain. While you may or may not fail on a grand scale, you will most certainly fail at smaller things. You have to accept failure and learn from it if you are going to succeed. If you allow failure to define you, there will be no pushing past it. Failure to do something right is not actually failure, it’s a lesson in how not to do something. You won’t be able to figure out the right way unless you try again.

The final quest in The Bard’s Tale is to defeat Mangar in his tower, where he is protected by 396 barbarians. When you enter the room, the game says:

There are times when running a startup feels just as impossible as defeating 396 barbarians and their boss. But after several tries I quickly deduced how to defeat the barbarians and use the right combination of items to defeat their boss, Mangar. There will always be obstacles in our path threatening to bar our way. Navigating around them is up to us. When it is six against 397, as it often is when running a startup, do we fight, or do we run?