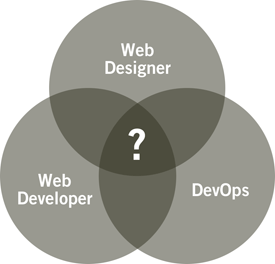 We’ve come a long ways since the days of the all-seeing Webmaster — a relic of a bygone era when the Web consisted of little more than HTML pages and PERL-based form handlers passed around from site to site. Flash forward to today, and the only remnants of ‘Webmasters’ are advertisers squatting on the keyword over at Google. The Web has evolved tremendously in just the last few years, and the role of the Webmaster is as antiquated the <center> tag. These temporary cornerstones of the Web have been replaced, not only with new technology and methodologies, but also with the roles necessary to design and develop a new Web.

Different job titles were created to handle the myriad of needs required to design and develop dynamic, database-backed Web sites and applications. At first, each of these roles were uniquely defined and often kept separate, hiring a different person for each position. The Web designer handed off the design comps to the Web developer, who then coded the site and handed it off to the system administrator, who then uploaded the Web site onto the Web server. These responsibilities were so partitioned from one another that when something went wrong it became really difficult to fix because it was hard to pin down who was responsible for fixing it in the first place.

Today, the roles of the Web designer, Web developer, and system administrator are going through a convergence. Each sphere of influence and responsibility is bleeding into the other, so much so that we’ve seen the rise of a new role: DevOps, the Web developer who knows enough System Administration Voodoo to launch, update and optimize Web sites and applications.

So the question is, in this new era of shifting roles and responsibilities, which one are you? 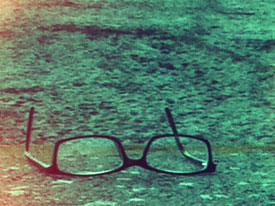 It takes a lot more then thick-rimmed glasses, a turtleneck, and a MacBook to be a good Web designer. And, to be quite honest, this homogenized Web 2.0 look has gotten out of hand. We need Web designers who can bend Photoshop to their creative will and usher in a new look. And we need Web designers able to execute that look in HTML and CSS, and whatever template layer the application stack might be using. It’s not enough any more to throw a few design comps up on a screen and ask the client to visualize a Web site or Web-based application teeming with functionality. Web designers need to execute their ideas in a way that they can be realized, not visualized. 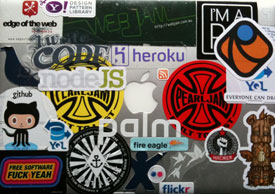 In the past, the Web developers were the ones in the sweet spot of the Web site life cycle. We enjoyed a bit of reprieve knowing that our craft was hardly understood by most and we could do just about anything we wanted with our code, as long as the Web site worked. Our Web apps were like black boxes that only we could see inside. The fact that our Web applications might have had issues in the code was easily covered up by pointing out difficulties in implementing the Web designers comps and inefficiencies in the operating system. Then Web designers started learning our trade, and system administrators started figuring out our code. Our little black box? It’s in pieces on the floor. Web developers can no longer afford to write sloppy code. We need to work closely with Web designers and system administrators to implement HTML and CSS correctly, to write good code that others can manage, and to optimize the application stack running our Web applications. 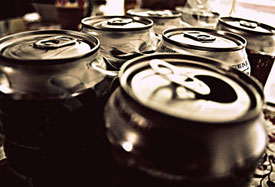 DevOps is a more recent role combining the responsibilities of the Web developer with that of the system administrator. Web sites, and especially Web-based applications, have become advanced enough to require a working knowledge of the operating system running underneath them. A Web developer familiar with Linux can make modifications to increase site performance and monitor and debug problems in real-time. When launching, optimizing, and debugging Web-based applications in a production environment it is incredibly efficient to have Web developers, who wrote the code being deployed, also working to take full advantage of the application stack, right down to the operating system level.

Which One Are You?

If only one of these fits your job description, it’s time to change things up. Seriously. The Web is evolving at such a rate that you cannot afford to be complacent in a singularly focused Web career. You need to acquire and nurture overlapping skill-sets to stay relevant in the constantly changing Web. The best Web designers and developers are those who embrace this multidisciplinary approach to their work. Not only is it beneficial to your career, it also makes a tremendous difference being able to design and develop Web sites and applications with other multi-talented individuals. The best Web sites and applications online today are the results of tight-knit, cross-trained teams who not only understand one another, but also work well together.