Ubuntu and its alliterative, animal themes, are the first thing that comes to our minds when we think of noticeable nomenclatures used by developers — in place of boring, old-fashioned numbers — to label significant releases. More recently they’ve released Lucid Lynx, Maverick Meerkat, and Natty Narwhal. As I write this they are working on the Oneiric Ocelot release.

Other developers have joined in the fun of creating clever release names for software updates. Android has made headlines with Froyo, Gingerbread, and Honeycomb, and has announced the next major version will be dubbed Ice Cream Sandwich. Apple is running through the list their list of furry Felidae with Tiger, Leopard and Snow Leopard. The list of lists goes on, as many companies, some memorable, some not (did someone say Chicago?), affix clever code names to their releases. 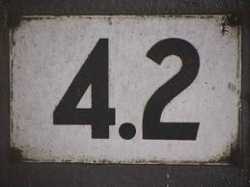 Why replace a perfectly good numbering system with offbeat words? What’s wrong with 10.1, 10.2, 10.3 and so on? It’s boring. That’s what’s wrong. Assigning fun and imaginative names to your releases does two things. One, using clever release names for software updates gets your customers excited about your release because it creates a brand for that release. It get’s them involved in a way that numbering conventions can’t do. As consumers, we love talking about when Honeycomb is going to mature and take over the tablet world. We anxiously await the release of Apple’s Lion update. 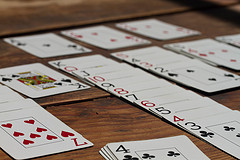 As developers, naming releases grants us collective ownership, and boosts our morale by making everyone part of something more than just shipping software. We don’t want to be talking about releases in numbers, they’re too corporate-esque. We want to speak in code, with intrigue, over lunch or drinks at happy hour. And when the launch arrives, the quirky release names transmogrify into even quirkier release parties, complete with themed DIY decorations and music. Alt.boring becomes alt.fun.

Creating our own theme for release names 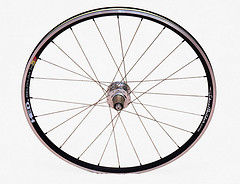 The team here at Intervals recently decided we, too, were through with using boring old numbers to internally keep track of our releases. Numerical releases don’t lend themselves well to web-based software because of our agile and iterative development cycle. We are constantly pushing up new code, tweaking and fine tuning our online project management software. We needed something inspiring, nostalgic, and entertaining to mark our releases, before our brains became card catalogs filled with decimal-pocked milestones.

Sometimes, it’s all in a name

Giving our releases more relevant and personable names would give us more wiggle room, more leeway in pushing up iterative changes after a major release. That’s why we came up with a naming convention based on our collective childhood experiences with console video game systems. Given the average age of our team, there was only one console that fit our demographic… the infamous 8-bit video game console known as the Nintendo Entertainment System (NES). Yeah, the one with the big gray cartridges that you had to blow on and clear the dust to get it working, the video console that came with a gun that neither parents nor media seemed to notice, and what was up with balancing gyros on that useless robot’s arms? That NES. 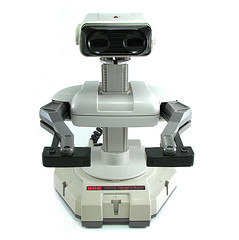 But don’t expect any upcoming releases from us named Gyromite. The NES had plenty more games available to play — more than I had realized, more than enough to creatively label each Intervals release. Everyone here has bought in to the NES theme and we’ve already gone through a few releases with the new naming convention. We started with Contra, then moved on to Double Dragon, and now we’re working on our Excitebike release. Unfortunately, it’s going to be a while before we get to my personal favorite, Metroid.