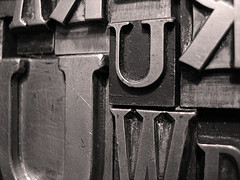 Back in March I was sitting in Ballroom C at the Austin Convention Center watching Scott Dadich, Creative Director at WIRED Magazine, demonstrate the rebirth of WIRED’s digital magazine — a Flash-based facsimile of the print magazine designed to run on the Apple iPad. Before I go any further, let me disclaim that, first, I love the design of WIRED magazine, and second, I love the design and development put into the WIRED web site. They have both addressed their respective mediums with intuitive and well-designed content. As Scott began flipping through the pages of the interactive magazine on the giant tablet projected onto the screen behind him, I was equally impressed… for the first five minutes.

The digital rebirth of WIREDs interactive magazine on the iPad was fine and pretty, but something about it didn’t feel right. The emphasis was being placed on the bells and whistles used to deliver the content, and not the content itself. Zoom this, pinch that, spin, expand, contract. Then I realized, we’ve been here before. When the web made its big debut in the mid to late 90s graphic designers reacted to it with disdain, cleverly disguised by embracing the web with image heavy web sites. Various Adobe products would allow any designer to chop Photoshop design into a million tiny pieces and reconstruct it on the web, giving them pixel precision control over a medium that wasn’t intended to permit pixel precision control. Communication Arts jumped into the fray and began awarding its coveted spots in the Interactive Annual to web sites with the most “interactivity,” which translated roughly to a clickable screenshot. And now here was Adobe, teaming up with WIRED magazine, trying to do it all over again by using Adobe InDesign, Air, and Flash to wrangle in the web. Not content with the web being the web, the interactive WIRED magazine felt like a throwback to the 90s.

Graphic designers, especially those from a more traditional print design background, have been trying to manacle the web since the beginning. HTML and CSS seem too limiting for designers who are used to having complete control over their medium. As the demonstration of the WIRED magazine app continued, my hunches were confirmed by several points being made (and some not being made).

Scott defended the interactive app, stating “design matters as much as content. Better design results in a better reading experience, deeper engagement, and a more connected consumer.” Yes, but WIRED has put design before the content, as evidenced by their dependency on Adobe products to publish the app.

WIRED commissioned a typeface, called Exchange. Why? Because the closest thing to what they wanted was Georgia, and that wasn’t good enough. Scott pointed out that kerning pairs, especially those present in Georgia, are lost on the web. The typeface they commissioned has over 10,000 kerning pairs. I had been dumbfounded before by print designers who wanted complete control over the widows and orphans on their web site. But kerning pairs on the web? Is that level of control really necessary?

Where are all the web designers at?

I noticed there were no web designers or developers on the panel, nor were they mentioned in the process of designing and developing the interactive app. Nope, that was all done by the WIRED print team and the Adobe development team. I sensed there was, and is, a rift between the WIRED print designers and web designers. The visual discrepancies between the magazine and the web site make this point evident, however, Scott clinched it when he said that he is not happy with type on the web, and that the tablet finally “gives them back control.” He also told us how, at WIRED, the print design and web design and development teams are split, physically separated by a hallway referred to as “The Great Hall of China.”

I am not the only one who’s noticed. A recent blog post from INTERFACELAB entitled Is This Really The Future of Magazines or Why Didn’t They Just Use HTML 5? points out:

Can’t we all just get along?

I have a degree in graphic design and was educated entirely from the perspective of print design. I first started designing and developing for the web in 1994, while I was in school. I’m glad I did because it was a good supplement to my education and training as a print designer. I watched my fellow students try to force their creative ideas from Photoshop onto the web, only to be defeated by smaller monitor resolutions and slow downloads. I’ve watched Communication Arts award magazine pages to web sites devoid of HTML and CSS year after year. And I’ve watched many print designers struggle with the web, refusing to secede control to the medium.

7 Responses to “Web Design vs. Print Design and the WIRED Interactive Magazine”