We are quickly coming to the close of a decade. One that began with the great Y2K scare and ends with yet another end-of-the-world doomsday prediction, 2012. Some things never change. But that isn’t the point of this blog post. We’ve just ended two decades of widespread public Internet usage. The Internet is one area that has been anything but stagnant over the last two decades. The Internet has experienced exponential changes these last twenty years. Going all the way back to the early ’90s, it’s obvious the Internet has come a long way… 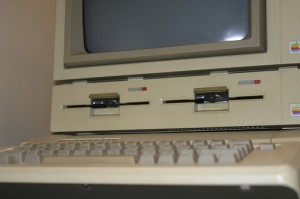 The 90s began without much awareness of the Internet. The Internet was an elusive entity known only to the military, university researchers, and uber-geeks. By the end of the 1990s the Internet was proliferating itself everywhere.

After Y2K exited with nothing more than a whimper the world again focused it’s attention on the Internet. Maverick venture capitalists were still fueling the dot-com craze completely unaware of the roller coaster ride ahead. Nearing the end of the ride the new decade finds us more cautious but still willing to try out new ideas.

The next decade will be an interesting one, no doubt. We’ve learned far too much from the last twenty years (or have we?) to let the next ten get away from us. What’s going to happen next? I have some predictions…

I’m sure I’ve left something out, like the fact that my first computer was actually a TRS 80 that used cassette tapes to store data. Fill in the timeline. Let me know what is missing and what you think is yet to come.