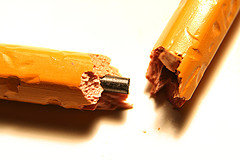 There has been plenty of venting in the blogosphere about the difficulty and frustration that ensues when dealing with web developers. In fact, we’ve contributed to this topic ourselves when we wrote about The Myopic Web Developer. In an ideal world there would be a unity between the designer and the developer, a shared understanding of the medium and a unified approach to problem solving on the web. However, that is rarely the case. It’s just the nature of how a designer thinks and executes her ideas and how a developer approaches and solves a problem. They don’t mix well in that overlapping area known as implementation.

Having been on both sides of the relationship I can demonstrably state that the inverse can be equally as frustrating. Here are some common areas where developers can butt heads with web designers and some of our experiential insight on how to resolve conflicts while keeping creative vision and practical implementation (and, let’s face it, egos) intact. As a web site project manager, understanding the nuances of the relationship between designer and developer will help you manage your online projects more effectively.

Yes, every one of these experiences is a true story. And yes, we found a way through each scenario and found a way to work together toward a completed project. The important thing for the web designer and web developer is to put the project before their own pride and inflated egos and see it through to the end. And it’s the job of the project manager to keep the work flowing through all of the intricacies of such a working relationship, while simultaneously keeping the client happy and the project on time and under budget.