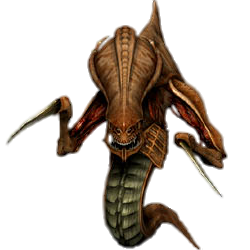 The most crucial component of any web design project is the testing phase prior to launch. You want to discover and fix any bugs before the site goes live; online their significance will be distorted exponentially. The problem is clients usually have zero budget for this phase. Most clients don’t understand the importance of testing enough to pay for it (or will offer to do it themselves to save money). This can be a tricky spot to be in. The web site will reflect as much on you as it does your client. How does a web development shop test its work on a limited budget?

Our project manager, and resident sci-fi junkie, Michael, came up with an idea we coined the “Zerg.” We’ve been using this technique for several years now to quickly and effectively clear out bugs before a site launch. Based on the Zerg species from StarCraft, the general idea is to swarm a site with testers in a short period of time. When Zerging a site, the power is in the numbers. Here is how it works.

1. Schedule one hour when at least three people can attend

It is important to have at least three people in the same room during the one hour Zerg. Testers will be more focused and productive, and conversations and response times are much shorter with everyone physically present. Communications during the swarm-like Zerg are accomplished using shout-outs and instant messenger.

Assign each person a role, a browser, and a section of the web site to test. Then unleash them on the site. Each tester records his findings into an email to the project manager that is sent at the end of the Zerg. Encourage them to shout-out each bug they find. Friendly competition encourages testers to Zerg vigorously and out-test the others.

At the end of the session the project manager should have an email from each tester. These emails can be assigned as tasks or simply forwarded to the developer responsible for fixing the bugs. Once these bugs are resolved, the site should be ready to launch.

The swarming effect of the Zerg is powerful. Testing in numbers will uncover the most bugs in the least amount of time. The formula is simple: the number of persons doing the zerg is equivalent to the number of hours it will cost the client. Three testers equals three hours — a small fraction of any web design project that most clients should be willing to accept. The time spent fixing the bugs can be billed as regular production time. The end result is a thoroughly tested and reputable web site, and a happy client.